In view of informing our readers on the various parties’ platforms for the upcoming Quebec Provincial Election 2018, WestmountMag.ca has invited all the candidates for the district of Westmount–Saint-Louis to submit an article about themselves and their program.

Articles are published unedited and on a first submitted, first published basis.

Here is the sixth article of the series, submitted by Jennifer Maccarone of the Quebec Liberal Party. 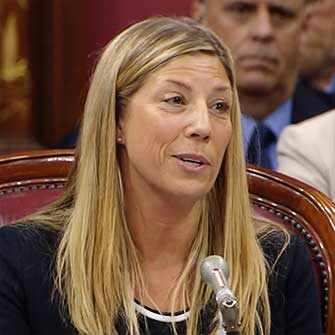 My name is Jennifer Maccarone and I am running to represent you, the citizens of Westmount-Saint-Louis, under the banner of the Quebec Liberal Party (QLP).

I went into politics for the same reason many parents do — because of my kids. After a satisfying career in the private sector and a successful run as an entrepreneur, I followed my children into one of the most local forms of politics, at the school board level. Like many parents, I wanted to be involved in the lives of my children. As they progressed, that involvement expanded from local to provincial advocacy, as I took on the role of President of the Quebec English School Boards Association (QESBA), representing the interests of my community and over 100,000 students in all matters related to education in the province.

But I also represented the interests of all Quebecers. In my years as QESBA President, I understood that if we are a strong province, it is because we are a meeting point for different communities. We are a society that thrives on its diversity, on its history of partnership, and consensus-building. It was a privilege to play a role in that process… and I’m not done yet.

Education is what I know best, and it will always remain a priority for me. It is also a priority for the citizens of Westmount-Saint-Louis; they understand that the Quebec of tomorrow begins with ensuring strong education for all today. If elected, I promise to secure investments that meet the growing needs in education for the youth and adult sectors, vocational education, CEGEP, and university.

Though education is my wheelhouse, I’ve been listening to the concerns of the the passionate, engaged members of this community. They have been clear — services are a priority. That is why I also promise to ensure that residents have ready access to health and social services. A prosperous Quebec is a healthy Quebec, which means breaking down barriers in accessing essential services.

If elected, I promise to establish a municipal, provincial, and federal committee to address concerns regarding transportation including congestion, construction, noise, and access. I understand that different levels of government need to work together to come to cohesive policy solutions, and I’m committed to playing a role in ensuring that cooperation. Having worked to defend and promote a key institution in Quebec, our anglophone school boards, I understand how institutions work, and how they work together. I’m no stranger to operating within various levels of government, and ultimately, getting the job done. I’m a pragmatist and that’s part of why I feel so at home in the Quebec Liberal Party, a party of pragmatic solution-building.

If I can make these promises, it’s because the QLP has made it possible to do so. A mandate of responsible governance with a long-term perspective to reinvestment means that, today, our financial house is in order. Good governance has equipped us to act on a progressive vision to offer Quebecers choice. That’s where it all starts. Being a Liberal is about having choices — choices in education, in health care, in social services, and in transportation and other sectors.

Now, the citizens of Westmount-Saint-Louis have a choice to make. It would be an honour to serve you and to be your voice in Quebec City. I’m not done helping to build the Quebec I want my kids to live in, and it would be a privilege to help build the Quebec that Westmounters want too.

I went into politics for the same reason many parents do — because of my kids. I’m staying in politics for you.

Other articles about Jennifer Maccarone

Jennifer Maccarone is the MNA for Westmount–Saint-Louis, Quebec Liberal Party, and is the Official Opposition Critic for Diversity and Inclusion, LGBTQ2 and for People Living with Handicaps or Autism Spectrum Disorder. 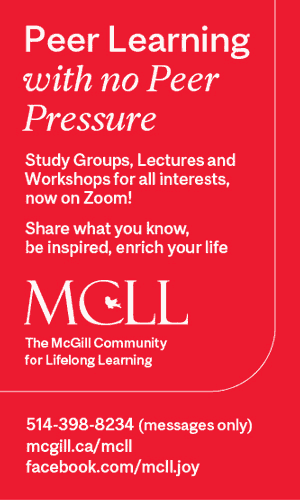