At the end of the 20th century, golfing was a booming concern and golf courses were sprouting all over the Greater Montreal region. By 2017, there were sixty or so courses in the region, taking up 1.5% of its area.

Many citizens’ groups have formed to defend these expansive green spaces, often the last large green space in their municipality.

Times have changed, and participation has dwindled. Many golf clubs are in dire straits; others have closed and are now in the hands of promoters eager to develop them. Many golf courses have altogether disappeared from the map, making way for residential projects: one such project was announced recently on Golf Le Cardinal in Laval and construction work has already begun on the La Prairie golf course.

Golf courses that were once in suburban and even rural settings now find themselves right in the middle of sprawling urban areas. Many citizens’ groups have formed to defend these expansive green spaces, often the last large green space in their municipality. Whether in Terrebonne, Mascouche, Candiac, Rosemère, or Beloeil, the struggle is the same.

Old golf courses have been offering urban dwellers a host of ecosystemic services for decades now that take on new importance in the face of climate change: surface water retention, heat island mitigation, air quality and physical and mental health with access to nature. In the case of the Rosemère golf course, these services have been evaluated at $1.5 million a year!

The last few years have shown all too clearly that we all need access to nature. Old golf courses are full of potential for renaturalization and the creation of urban nature parks, thereby contributing to the increase in biodiversity and wooded cover.

The residents of Montreal area municipalities need to continue to enjoy the many services these great spaces afford. We have already lost too many golf courses to development; we can no longer afford to lose one more of these precious spaces. Once they are covered in asphalt, there is no going back!

Please sign the petition to the National Assembly of the Coalition Terrains de golf en transition to prevent the development of these great green spaces!

Read other articles about the environment

Louise Legault is a member of the Les Amis du Parc Meadowbrook steering committee. The group has defended the St. Pierre River and the Meadowbrook golf course from residential development for 30 years in order to create a nature park linked to the Falaise Saint-Jacques and the Sud-Ouest through the dalle-parc. lesamisdemeadowbrook.org 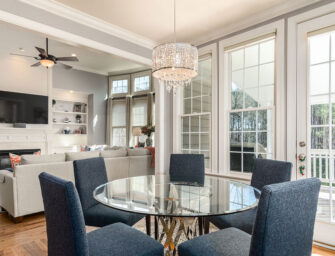