The REM:
Another Olympic Stadium?

The real cost of the Réseau express métropolitain

The Réseau express métropolitain (REM) has been described as the most important Montreal transport initiative in 50 years, a “new era of big projects associated with mobility,” in the words of Premier Philippe Couillard when he inaugurated the $6.3 billion dollar scheme on February 8.

That is the glowing vision of the 67- kilometer “Skytrain” system in the Montreal region. Unfortunately, the reality is that the REM represents a gross misuse of public money for a mega-project whose harmful ramifications are already becoming visible.

What the REM most resembles is not the sleek metro system for Expo 67, but the construction of the Olympic stadium that left two generations of Montrealers with a longstanding debt burden.

The federal and provincial governments are each putting in $1.283 billion to add to the $2.95 billion coming from the Caisse. Montreal has promised $100 million, and the Autorité régionale de transport métropolitain (ARTM) – the Metropolitan Regional Transportation Authority – will contribute $512 million dollars.

What the REM most resembles is not the sleek metro system for Expo 67, but the construction of the Olympic stadium that left two generations of Montrealers with a longstanding debt burden.

All this expenditure consists of public money coming from pension contributions and taxes. But the CDPQ Infra, on its own website, states that “projects entrusted to CDPQ Infra will be excluded from the governments’ balance sheet”. This claim strongly suggests that a project such as the REM will pay for itself without costing a government anything.

So, for the Couillard and Trudeau cabinets, the REM seems not to appear in “the governments’ balance sheets,” but the truth is that, at its birth and throughout its life, the REM depends on and will continue to depend on large, constant amounts of public money.

At the same time the enabling legislation and agreements guarantee the Caisse an 8% annual return on its investment, with the option in five years to sell the whole REM system to a domestic or foreign buyer.

On January 19, 2017 the Bureau d’audiences publiques sur l’environnement (BAPE) released an expert, comprehensive report that was extremely critical of the REM. The commissioners could not recommend the project without answers, which they were unable to get, “especially on the financial aspects, ecological ones, the justification in terms of frequency of use, the impact on the management of the region, and of governance”. (BAPE Conclusion: Projet de réseau électrique métropolitain de transport collectif, pp. 212-217)

The BAPE Commission concluded that Montreal’s current network of public transport has “a mission of public service” and is not placed under a requirement to produce “a financial return” while “its financing is above all supplied by the Quebec state and its municipalities”.

Immediately, Premier Couillard insisted that the BAPE report would “absolutely not” stop the REM, and Mayor Coderre in Montreal said that the REM was “extraordinary” and “has to be finished quickly”. Both leaders disregarded the BAPE’s statement that it did not have access to data about revenues and costs, and that “there still remain a lot of unknowns concerning the economic and financial aspects of the project, whether it concerns the profit expected by the Caisse or the integration of ticket costs”.

Luc Gagnon and Jean-François Lefebvre, two prominent critics of the REM, estimate its real initial capital costs at $8 billion dollars, and $2 billon more if one includes acquisitions, such as the two-mountains tunnel. Patrick Bergeron of Canadian Press obtained a confidential document about future ridership and reported that “tax-payers might well have to pay more than $11 billion dollars” for the REM in the next 20 years (REM: les contribuables pourraient devoir payer plus de 11 milliards, La Presse, April 16, 2018). The latest agreements made public on April 23 indicate that the ARTM will have to pay 72 cents per passenger/ kilometre – essentially a very substantial subsidy to the Caisse.

‘… the Caisse chose the elevated ‘Skytrain’ technology for the REM, the most expensive option that costs three times as much to construct as the on-ground alternative.’

Put all these various costs together and you get a project that will be three times as expensive for the next generation as its starting amount of $6 billion.

Gagnon and Lefebvre have repeatedly pointed out that the Caisse chose the elevated “Skytrain” technology for the REM, the most expensive option that costs three times as much to construct as the on-ground alternative. The suspended stations of the REM also require vast amounts of concrete whose production creates large greenhouse gas emissions.

Montrealers already see the impact of the REM with the 25% suspension of service on the two-mountains line. In 2020 that line will cease operating completely for two years, and for three years for those who use the two-mountains station. Because the REM has monopoly rights surrounding its stations, it will be legally able to compel cessation of alternatives, such as busses. Also, the idiosyncratic trajectory of the REM leaves out whole areas of Montreal: the East End, NDG, Lachine. The wandering loop via the north to the airport, means that NDGers, for example, will have to travel downtown first in order to take the REM to Trudeau airport. And the irony of all this is that, as the BAPE concluded, “barely 10% of the REM users will come from auto-users who will stop using their cars”. If anything, the large catchment parking lots designed for REM stations will only encourage car use, either to get to the system or – more likely – to avoid it altogether.

Over the long term the REM, if left without any political control, could wreck havoc on Montreal’s transport system, its urban development, and the ARTM. Law 137 of the National Assembly (September 27, 2017) indicates that the “right” of the Caisse and CDPQ infra to expropriate “cannot be contested” (ne peut être contesté) and that the contractual agreements between the Caisse and ARTM “do not have to be approved by the Montreal Metropolitan Community”. As far as “various dispositions of municipal taxation are concerned” the REM “and its exploiter are not subject to them”. Little wonder that there is deep anxiety among various municipalities – such as Laval and Longueuil – even though they have been assured that their future cash contribution to the REM will be modest.

‘Over the long term the REM, if left without any political control, could wreck havoc on Montreal’s transport system, its urban development, and the ARTM.’

In prophetic remarks made in 2016, associate McGill professor of Urban Planning, Ahmed M. El Geneidy (Caisse to charge new regional transit body for operating costs, Jason Magder, Gazette, December 11, 2016) said paying the Caisse to run a transit service and reap a profit “will add a huge deficit to the government… In other words, they (the Caisse) are putting in $3.1 billion now, and they are going to collect the money with profit down the road from our children and from us through tickets, but those tickets won’t cover the cost of operations. So the (ARTM) will have a huge deficit for the next 20 years to pay back this $3 billion. It will be just like the Olympics, where we wasted a lot of money and got a lot of loans and because of that we couldn’t make any big projects because we were in such a big debt”.

Recently, I phoned Prof. El Geneidy and he referred me to what he said to the Gazette 18 months ago… and, unhappily, I personally believe that his words ring true even more today.

Read also: Westmount: The question of a second swimming pool

Patrick Barnard is a board member of the Green Coalition, a non-partisan environmental group in Montreal. He is also the editor of the video blog The Pimento report/Le Piment and a free-lance journalist. He has worked in the past for CBC Radio, Radio Netherlands, and Dawson College where he taught English Literature. He is also one of 20 environmentalists and transit experts who signed an open letter in Montreal asking an end to the REM. 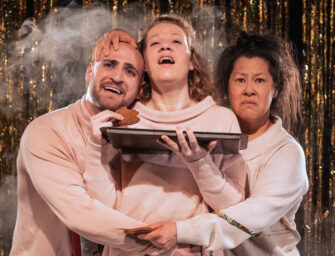 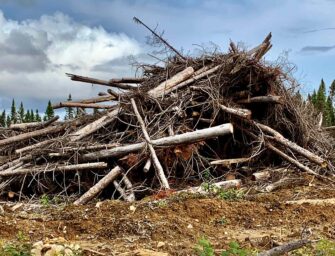 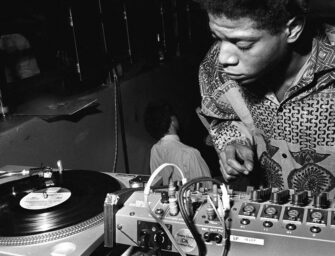