Webinar brought together indigenous leaders, environmentalists, officials and the public

During the spring of 2021 in Montreal, there has been a rising public awareness. Canada has already lost 90% of its urban wetlands and, right in the middle of Montreal Island, we are in the process of losing our largest unprotected ecosystem of precious marshes, just north of the Montréal-Trudeau International Airport.

But citizens do not want to lose this precious jewel of biodiversity, and they are really making their voices heard.

Bird expert Joel Coutu and the organization he founded, TechnoparcOiseaux, have used their band of 3,700 birding members to tell Montrealers about what was previously “a little secret” in Coutu’s words – that there is a marvellous web of marsh, forest, field and vernal pools hidden away in the suburb of the borough of Saint-Laurent and the City of Dorval.

Think of it: 200 hectares of rich biodiversity, an area the size of Mount Royal Park. Birds adore this area and because Montreal has lost so many of its natural spaces, avian populations have flocked to the Technoparc wetlands making them the No. 1 birding site on Montreal Island. According to Jim Harris of TechnoparcOiseaux, 204 separate species of birds have been historically identified there, with 190 different types of birds registered as annual visitors, year in, year out… up until now.

The people of Montreal do not wish to lose this wetland system. Municipal politicians insist that they recognize the essential importance of biodiversity and claim they are dismayed by what is happening in the Technoparc area. Federal leaders express their concern. Yet, the whole ecosystem is being lost.

… 204 separate species of birds have been historically identified there, with 190 different types of birds registered as annual visitors, year in, year out…

On Tuesday, May 18, 2021, Sierra Club Québec and its co-President, Isabelle Sawyer, hosted a special Technoparc Roundtable webinar that brought together indigenous leaders, environmentalists, officials and the public to further raise consciousness of the critical need to save this ecosystem.

Mohawk Council of Kahnawà:ke Chief Ross Montour opened the meeting by invoking the wetlands themselves “and the web of life that is there,” expressing a “collective concern for creation” as “we bring our minds together as one.”

At the same time, the Chief, speaking in a quiet voice, nonetheless dropped a political bombshell right at the outset. Isabelle Sawyer had already clearly stated that the wetland ecosystem lies on “unceded” indigenous territory and Ross Montour pointed out that he and others had been “consulted” about the ongoing work of the Réseau express métropolitain (REM) in tunnelling underneath the marshes. Yet Montour said that about the marshes themselves, and the natural wealth they represent, “we were not approached to consult.” So, the original custodians of the ecosystem were brought in to discuss an urban rail project – the REM – but were not consulted about the very existence of a patrimony that is theirs in Canadian law.

Chief Montour appeared clearly bothered by this contradiction and brought it up again when he closed the meeting since it appeared obvious to all the Webinar participants that native rights had been instrumentalized to build a train, but not honoured when it came to the more essential question of the land and its biodiversity.

‘… the original custodians of the ecosystem were brought in to discuss an urban rail project – the REM – but were not consulted about the very existence of a patrimony that is theirs in Canadian law.’

Jim Harris of TechnoparcOiseaux talked about his first visit to the marshes five years ago, telling the Sierra meeting’s participants, “I was astounded by the sheer number of birds.” He stressed: “It’s an extraordinary place and needs to be preserved,” a site of “exceptional biodiversity.”

Destruction at the Technoparc Wetlands

Yes… the Aéroports de Montréal (ADM) has initiated a 19-hectare (10% of the whole ecosystem) “Ecological Park,” in the western sector of the marshlands. But 40% of the marshes in the eastern “eco-campus” area have been drained to direct water, at a cost to Ville Saint-Laurent of $10.9 million, to create an ugly catchment basin that Harris says has “completely failed as [alternative] wetland.”

‘Harris pointed to the Suzuki Foundation’s 2015 Study of Green Infrastructure that described the Technoparc area as “the highest priority for biodiversity on Montreal Island.’

At the same time, in the ecologically rich terrain of Golf Dorval, to the west, there is a beautiful “champs des monarques” or “Monarch Butterfly field” and Jim Harris told the roundtable it is “being surveyed, poked, prodded” towards its destruction, despite federal officials telling Montreal’s Green Coalition that there would be “no development” on federally owned lands in the west sector. This “nibbling,” Harris says, is “kind of like death by a thousand cuts.”

Harris pointed to the Suzuki Foundation’s 2015 Study of Green Infrastructure that described the Technoparc area as “the highest priority for biodiversity on Montreal Island.” But when members of TechnoparcOiseaux observed top predators such as the Great Egret and the Black-crowned Night-Heron at a drained marsh – called le marais Hubert Reeves – officials insisted that the pond had “little ecological value” and “there was little wildlife there!”

Ironically, one of the instruments of destruction here is a supposed Projet Éco-Campus Hubert Reeves, named after the eminent environmentalist… a project that still has never seen the light of day. Biologist Kim Marineau, in a 2016 analysis done for TechnoparcOiseaux, said of the vaunted “Ecological campus” that “it is still a standard industrial project (and not carried out with respect for the natural environments present) where there is a building project on land occupied by wetlands that will be largely destroyed and replaced by buildings, parking lots and landscaping.”

‘… the former Quebec Environment Minister, the Honourable Clifford Lincoln, was present at the Zoom meeting, telling the federal officials listening to him that in the Technoparc marshes “ ‘It’s Nature or Concrete!’

Sylvia Oljemark of Montreal’s non-partisan Green Coalition spoke to the issue of federal and municipal promises. The Coalition, she said, “is in ongoing discussions with three government ministers [Environment, Transport, Heritage]” and “their parliamentary secretaries and attachés.”

Environment Minister Jonathan Wilkinson wrote directly to the Green Coalition “about the Throne Speech [Sept. 23, 2020] promise that ‘the Government of Canada will work with municipalities to expand urban parks so that everyone has access to green space.’ ”

He also explained, said Oljemark, “that it’s his Ministry that establishes National Wildlife Areas on federal land.” And she added: “For us, the Honourable Minister’s letter is a signal that he is favourable to a National Wildlife Area north of the airport.” She also stressed that in the last such meeting with federal officials, the former Quebec Environment Minister, the Honourable Clifford Lincoln, was present at the Zoom meeting, telling the federal officials listening to him that in the Technoparc marshes “ ‘It’s Nature or Concrete!’ “

Sylvia Oljemark, speaking for the Green Coalition, also directly addressed the City of Montreal: “Please acquire all the Technoparc wetlands [in the east sector] owned by developers and promoters and conserve them in perpetuity… along with lands already owned by Ville de Montréal that must be conserved in perpetuity. Please acquire immediately 32 hectares owned by developers/promoters. Please immediately return the water in the marshes that were drained during the regime of former Mayor Denis Coderre.”

‘Montreal’s own Budget Report for 2021-2030… explicitly indicated that Montreal has the lowest per capita amount of natural spaces of any city in all of Canada.’

Oljemark’s colleague, the Vice President of the Green Coalition, David Fletcher, followed her with a passionate warning: “We’ve lost about 90% of our wetlands now” through a process that he described as “fragmentation, isolation and reduction.” He pointed to Montreal’s own Budget Report for 2021-2030 that explicitly indicated that Montreal has the lowest per capita amount of natural spaces of any city in all of Canada – and of Montreal’s desire to change this reality.

Listening to all these remarks was a key Montreal employee – biologist Patrick Nadeau; he works as a staffer for Robert Beaudry, who sits on the city’s powerful executive committee. Nadeau said that, right now, there is very active discussion about the Technoparc within the City of Montreal taking place.

That is how the Sierra Roundtable ended, with Chief Ross Montour then having the last word. Again he stressed that all levels of government – federal, provincial, and municipal – had failed to exercise their “duty to consult.”

“This puts city, provincial and federal governments in a bad light,” he said. “It’s horrible what’s been done in the name of progress, of development.”

‘Right now what is happening there is quite devastating.’

Chief Montour insisted that governments have a “responsibility to share this ‘river of life,’ and around here there is a river that is quite literal.”

All authorities, Montour said, must “go above and beyond – the environment demands it.”

Patrick Barnard is a board member of the Green Coalition, a non-partisan environmental group in Montreal. He is also the editor of the video blog The Pimento report/Le Piment and a freelance journalist. He has worked in the past for CBC Radio, Radio Netherlands, and Dawson College where he taught English Literature. He is also one of 20 environmentalists and transit experts who signed an open letter in Montreal asking an end to the REM.

Take a walk to
Westmount’s wild side

Real Estate Talk:
With or without warranty

Striking visuals for
the 40th edition of FIFA

COVID-19 is alive and well:
Don’t let your guard down

Westmount places:
The mystery of the missing fountain

Westmount Magazine
looks back at 2021

The assault on the U.S. Capitol
on the Feast of the Epiphany

The Venice House
a sanctuary in the city

Christmas at the
emergency room /2

Reflections on the
2021 holiday season

A guide to finding
a reliable locksmith

Events that I really
missed attending in 2021 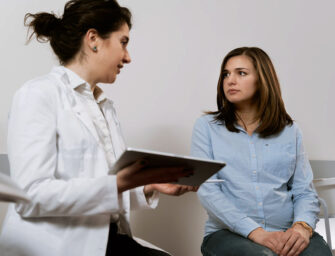 Candlelight Christmas and
Pipeline cap off 2021

Christmas at the
emergency room / 1

The residence and gallery of
the artist Rio in Saint-Sulpice

Jordi Savall in concert at
the Festival de Lanaudière

Presenting some wonder dogs
of the silver screen

This year consider
the gift of reading

The MMFA introduces
its exhibitions for 2022

Which side are you on
Mr. Guilbeault?

Westmount places:
A moment in time