The Younkers, West End Montreal’s new theatre company, launches its first production, Agatha Christie’s And Then There Were None, from June 16 to 19 at the Montreal West Town Hall.

Tickets can be purchased at the door, and all the funds raised will be donated to a homeless project to purchase an industrial dryer. The Town Hall is located at 50 Westminster South, at the corner of Avon. The evening shows start at 7:30 pm, and the matinee on June 19 at 2 pm.

The play, based on a 1939 Agatha Christie novel, was first performed on September 20, 1943, at London’s Wimbledon Theatre as a trial run and had its West End premiere on November 17, 1943, at the St. James Theatre.

The Younkers rehearsing And Then There Were None – Image: Mark Watson

As a reporter with The Suburban, I had the opportunity to interview Floen on the production of a high school play in the 1990s. It was a pleasure to speak with him about the new company and production of And Then There None.

WM: What led to the creation of the theatre company, and why is it important to have local theatre that presents adult-themed dramas?

Floen: I began a troupe of actors, that we call The Younkers – an Old English word meaning amateurs – from among my friends and former students. For fifty years, I was responsible for the Drama Program at Montreal West High School, later Royal West Academy. At that time, I did comedies, drama and a lot of Shakespeare. COVID-19 put an end to my time at the High School. Because I felt there was a good need for English theatre in the West End, and I had the energy and drive to put this together, I contacted my friend Ron Desouza at the Rotary Club of Montreal West. With him, we put together a plan for a troupe of adults to prepare a play with the Rotary Club as our sponsor.

‘We have very talented people who want to perform, put on excellent plays, and have fun doing it. We definitely welcome others to join us, and as they say, the more, the merrier.’

WM: Can you tell us more about the company and how people can get involved as actors, set designers, costume designers, and other key positions in the production of a play?

Floen: Currently, we have about 20 people involved – actors, designers, stage managers, and everything else. We get along very well, and everybody wants to work for the best possible results. We have very talented people who want to perform, put on excellent plays, and have fun doing it. We definitely welcome others to join us, and as they say, the more, the merrier.

WM: Your first production is an Agatha Christie play. Why was this play selected, and which plays do you have in mind for future productions?

Floen: The play is And Then There Were None, about a group of disparate people invited to a mysterious island. Each is guilty of a crime and is about to be punished. It was our first play, and I thought it would be a good idea to choose something everybody knew. I didn’t think we should start with a difficult play, as we were new at this. I want our first venture to be a success, and Agatha Christie novels and plays are beloved by many.

WM: What inspires your love of the theatre and the arts and to direct plays?

Floen: I feel a deep-seated need to do it, and when I work with actors, I come alive. It was great working with students and seeing them blossom, but working with adults is a whole different scene, and it is very exciting.

I didn’t think we should start with a difficult play, as we were new at this. I want our first venture to be a success, and Agatha Christie novels and plays are beloved by many.

WM: Are you planning to produce more plays in the future?

Floen: For sure. We hope to make this a yearly affair. The plan is to present a Shakespeare play next year. The proceeds from our plays will be donated to the Rotary Club, which distributes them to various charities.

To learn more about The Younkers and to get involved, contact Douglas Floen at lloydfloen1@gmail.com

Feature image: illustration from cover of Agatha Christie book, And Then There Were None

Irwin Rapoport is a freelance journalist.

Why the spring bear hunt should end

Welcome to events in the
merry month of May!

The passing of elephant Shirley:
Why her life mattered 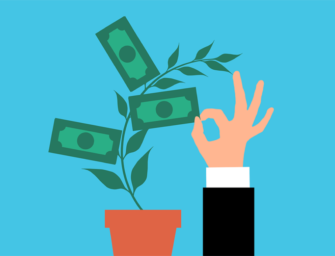 Ways to finance your
small business in Canada

Give your car a complete spring cleaning

Real Estate Talk:
Why use a broker to buy?

Tips on how to interact
with wildlife this spring

Property Condition
Disclosure Statement in BC

Songs of hope
for dark times

Real Estate Talk:
Why use a broker to sell?

NDG’s Donald Mowat
up for an Academy Award

Time for a new Shakespeare
Festival in Montreal