A beautiful, safe, uncrowded place to enjoy all that nature has to offer.

Those of us in the northern climes are now in the midst of the fall season – winter is not that far away. During times like these, one starts to think about warmer climates and endless deserted beaches. For some of us, the islands of Turks and Caicos come to mind.

Turks and Caicos are comprised of 40 islands (eight of which are inhabited) and 8 cays (in Florida they are called “keys”). They are located at the bottom the Bahama Chain, just north of Haiti and the Dominican Republic. The islands are a UK Overseas Territory. A Governor, appointed by the Queen, oversees councils formed by locally elected politicians.

Some might recall… a private-member’s bill introduced by an NDP member suggesting annexing these islands as part of Nova Scotia.

Some might recall, during the winter of 1974, a private-member’s bill introduced by an NDP member suggesting annexing these islands as part of Nova Scotia. Interestingly, to this present day, the island’s local newspapers still discuss this proposition. In fact, there is a huge Canadian presence on the islands in terms of both ex-pats and maintaining the island’s infrastructure. For example, Canadian companies run the hydroelectric supply, the hospital, provided a longer airport runway, and constructed many of the larger resorts.

In terms of banking, the Royal Bank of Canada provides a full array of financial services. Canadians also hold senior management positions – the former commissioner of The Royal Turks and Caicos Islands Police Force was formerly a member of the RCMP. In addition, many of the finer restaurants have Canadians that are either owners or executive chefs. Being an overseas territory, property deeds are guaranteed by the Crown. And there are no property taxes, other than a “stamp duty”, at the time of purchase – making it an attractive proposition for many seeking a vacation or retirement home.

The main island is called Providenciales locally known as “Provo”. The north eastern portion contains Grace Bay with 12 miles of white sandy beach and aquamarine water. In fact, year after year, Condé Nast has rated it amongst the best beaches in the world.

… Grace Bay with 12 miles of white sandy beach and aquamarine water… year after year, Condé Nast has rated it amongst the best beaches in the world.

You might ask what is the attraction? For one thing, the size – Provo has an area of 38 square miles and a population of just under 30,000. There are no “hotel chains” nor North American restaurant brands or “box-stores”. The currency is US dollars, driving is on the left, there are no traffic lights – roundabouts are used to calm traffic speeds. There is no public transportation. Until recently, the streets didn’t have names nor the buildings contain civic numbers. Addresses would contain their location – for example “Water Department – Behind the airport”. It wasn’t until the recent implementation of a 911 emergency system that streets started to sport signs.

The water supply is desalinated ocean water. The power supply is run by diesel and is quite expensive. Since there are no deep water harbours on the island, diesel needs to be offloaded, outside the island’s reef, onto barges and brought to shore.

More importantly, the island is safe. Like anywhere there is local crime and there are places one should avoid. However, along Grace Bay, you can walk home along the beach, late in the evening, under a blanket of stars and not be concerned.

More importantly, the island is safe… you can walk home along the beach, late in the evening, under a blanket of stars and not be concerned.

The entire island is white limestone that only supports scrubby vegetation. (The palms that grow near resorts are transplants from Florida). Most of the food needs to be imported – therefore, one receives a bit of a “sticker shock” while shopping at the local grocery stores.

Then there are the “pot cakes” – these are local dogs that live in the underbrush all over the island. There are several agencies that make arrangement for visitors, returning home, to adopt a puppy.

If you feel adventurous, you can take a ferry to North Caicos, rent a jeep and drive all the way to Middle Caicos. The causeway is still damaged from the 2008 hurricane Hanna.

Finally, when winter settles in, remember there are still beautiful, safe, uncrowded places to enjoy all that nature has to offer.

Read other articles by Michael Walsh

Michael Walsh is a long-time Westmount resident. He is happily retired from nearly four decades in the field of higher education technology. A “professional student” by nature, his academic training, and publishing, include statistical methodology, mycology and animal psychology. During this period, he was also an officer in the Canadian Armed Forces. Prior to moving to Montreal, he was contracted by the Ontario Ministry of Education evaluating bilingual primary and secondary school programs. Today, he enjoys spending time with his (huge) Saint Bernard while discovering the city’s past and sharing stories of the majestic trees that grace the parks and streets. He can be contacted at michaelld2003 @hotmail.com or through his blog Westmount Overlooked 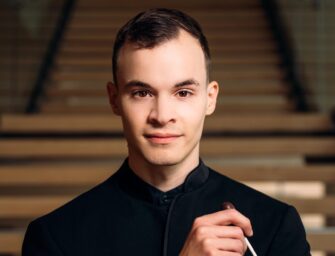