The history behind the familiar: Revisiting Dorchester Boulevard in the late 1800s

It’s creative destruction – to achieve progress we needed to destroy that which came before to make way for this new building. Rather than looking to old built fabric as something that could be restored or improved, we’re actually going to destroy it to make something anew.

This is our third walk, in a series, through the various Westmount streets whose buildings were expropriated in the 1960s, and later demolished, to widen Dorchester Boulevard.

Even the casual pedestrian cannot avoid noticing the juxtaposition of residences while walking along Dorchester Boulevard, between Atwater and Hallowell. It is evident that the southern portion of the street is lined with beautiful nineteenth-century houses. The northern portion, however, is devoid of any residential life.

Not only was the street’s landscape altered during that period of urban renewal, but the street’s name was also mired in controversy – which we will revisit in a few moments.

To begin, the street was originally named Grand Chemin du Roy and later changed to St. Jean Baptiste. Its current name, Dorchester, was approved by the island’s municipalities over 145 years ago. The name Dorchester honours Guy Carleton, 1st Baron Dorchester (1724-1808). His career as a British general and colonial administrator is a fascinating story that goes far beyond the scope of this article.

In brief, he assisted in the passage of the Quebec Act (1774) as well as the defeat of Montgomery at Quebec City. More importantly, he was responsible for the Constitutional Act of 1791 that allowed representative governments in Britain’s colonial territories.

Before we become acquainted with the former residents, let’s step back and revisit the toponymic controversy, in 1987, surrounding the street’s current name.

Within a week of the passing of René Lévesque in November 1987, Montreal Mayor Jean Doré announced the city would name a landmark in honour of the former Quebec premier. Two months later, the City of Montreal stated that Dorchester Boulevard will be renamed Boulevard René Lévesque.

This decision opened the proverbial “can of worms” and the battle lines were drawn. The Montreal Gazette reported Pierre Pascau (CKAC talk host) stating, “The majority think it is a wonderful idea that the nicest, largest, the most important boulevard in Montreal be named after René Lévesque”.

There are several rules for renaming a street within Quebec’s Commission de toponymie. One of these is that one has to wait one year after death, to avoid name changes based strictly on emotional reasons. In addition, other municipalities often hold public consultations before making such decisions.

‘Not only was the street’s landscape altered during that period of urban-renewal, the street’s name was also mired in controversy…’

The City of Westmount’s (newly elected) Mayor May Cutler was staunch in her council’s opposition to renaming her city’s portion of the street. Calling it “quite unseemly” that the City of Montreal would go forward with this plan without any consultation with either herself or any members of the city’s council.

She stated, “In New York City, no matter how important, august or much-loved the person is… the matter goes through a lengthy process, including consultation with the community.”
Westmount Examiner, November 19, 1987

Luckily, in the end, cooler heads prevailed and the City of Westmount’s portion of Blvd. René Lévesque retained the name Dorchester Boulevard. In fact, in 2001, only months before the City of Westmount was (temporarily) “absorbed” into “mega-Montreal” concerns were raised about renaming street names – including Dorchester.

Mayor Peter Trent put these fears to rest with his typical British dry sense of humour, “If they felt now that Westmounters don’t want to have anything to do with the new city… the renaming of Dorchester would wind up with Westmounters putting up the barricades. They’d call themselves the Duchy of Westmount or something and ask the United Nations for special recognition.”
The Montreal Gazette, November 5, 2001

With this controversy behind us, let’s revisit Dorchester Street in the late 1800s and become acquainted with the numerous neighbours that were here before us.

“Born at Lachute, May 15, 1840, son of Owen Owens and Charlotte Lindley. Attended school in his home parish. First worked in his father’s business, then became owner, with his brother Thomas, under the name of T. & W. Owens. Retired from the business in 1887. Owens owned part of the land of the Seigneury of Papineau in Montebello, on which he installed a farm, mills and sawmills. Vice-President of the South Shore Railway. Postmaster in Chatham. In the military field, was part of the volunteer militia from 1866 to 1883 and was lieutenant of the 11th Ranger Battalion of Argenteuil.

Amongst the largest importers and dealers in this special line of business is the firm of J. Rattray & Co., whose warehouse and office is at No. 428 St. Paul Street. The firm handles all the finest quality tobacco and controls a large trade, and as manufacturers of cigars supply a large demand from the city and country. The cigar factory is at No. 80 St. Charles Borromée Street… The house stands pre-eminent in this branch of trade and manufacture, and its affairs are, and always have been, from the date of its inception in 1878, conducted upon the soundest principles of commercial integrity.
Montreal, Leading Firms and Moneyed Institutions, 1886

His father, David Handyside was born in Edinburgh… 1794. With his two brothers, they left their native land when they were young men to come to Montreal and became merchants in St. Joseph street. The two brothers afterwards owned and operated a large distillery at Longue Pointe, the ruins of which to-day are made into fine stables, barns and outhouses belonging to Mr. Viau, who now owns the property. David’s Distillery was on St. Mary street, and the foundation and walls are still seen in the large tobacco factory opposite Fullum street. He was named a member of the new Corporation of Montreal in 1840. He married Melinda Adams, of Burlington Vermont, and died…1855. His eldest daughter married Joseph Jones, the Coroner, a man who, though over eighty years of age, is still able to perform the duties of his onerous profession.
History and Biographical Gazetteer of Montreal to the Year 1892

“Chase and Sanborn was founded in Boston in 1878 by Caleb Chase and James Sanborn. It specializes in coffee roasting, grinding and packaging. It also markets tea and is known as one of the first companies in the coffee industry to package its products in welded metal cans.

Concerned about the origin of the beans, the two associates travel to South America to meet with the various producers. In 1884, Sanborn leaves for the sub-continent with his daughter Helen, who serves as his interpreter. Later, the company bought a farm in Guatemala and invested in the erection of a railway. 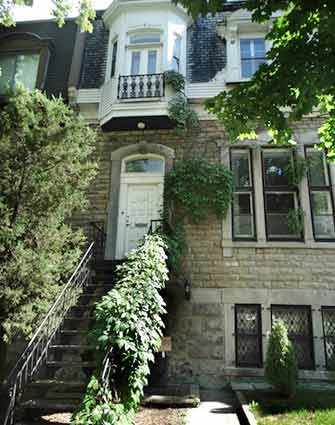 The company quickly becomes successful and distributes its coffee throughout the United States. In 1893, the company was chosen to supply coffee to all the trade shows at the World’s Fair in Chicago. Soon after, the company opened branches in Canada. It acquired a warehouse and a sales outlet in Montreal, first on Saint-Paul Street from 1906 to 1907 and then on Sainte-Hélène Street from 1907 to 1929. In this building, the Chase and Sanborn roasts, grinds, packages and sells its coffee.

From 1929 to 1981, the company was part of Standard Brands. In 1981, this company merged with Nabisco. The Chase and Sanborn brand was then sold to Sara Lee in 2002. The company is now a subsidiary of the Massimo Zanetti group since 2006.
Quebec Cultural Heritage Directory

Read other articles by Michael Walsh

Michael Walsh is a long-time Westmount resident. He is happily retired from nearly four decades in the field of higher education technology. A “professional student” by nature, his academic training, and publishing include statistical methodology, mycology and animal psychology. During this period, he was also an officer in the Canadian Armed Forces. Prior to moving to Montreal, he was contracted by the Ontario Ministry of Education evaluating bilingual primary and secondary school programs. Today, he enjoys spending time with his (huge) Saint Bernard while discovering the city’s past and sharing stories of the majestic trees that grace the parks and streets. He can be contacted at michaelld2003 @hotmail.com or through his blog Westmount Overlooked 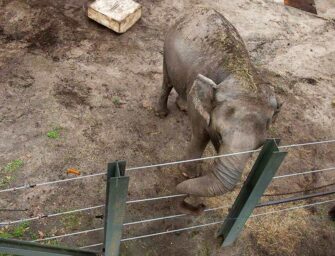 Why the spring bear hunt should end

Welcome to events in the
merry month of May! 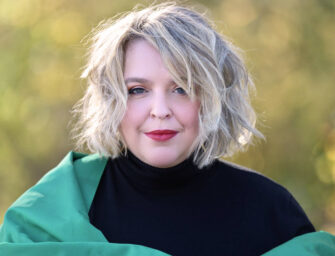 The passing of elephant Shirley:
Why her life mattered

Ways to finance your
small business in Canada

Give your car a complete spring cleaning

Real Estate Talk:
Why use a broker to buy?

Tips on how to interact
with wildlife this spring

Property Condition
Disclosure Statement in BC

Songs of hope
for dark times

Real Estate Talk:
Why use a broker to sell?

NDG’s Donald Mowat
up for an Academy Award

Time for a new Shakespeare
Festival in Montreal