Will a ban on the selling of dog meat finally end this notorious event?

By now it is safe to assume that most households in North America have heard of Yulin’s Dog Meat and Lychee Festival, which takes place every summer solstice in the province of Guangxi, China. This year’s 10-day event is set to commence June 21 In previous years, up to 10,000 dogs were brutally tortured and killed during the festival in a display of horrific animal abuse.

What makes it unfathomably cruel is the fact that the majority of these dogs are beloved pets stolen by dog thieves across the country. Often still wearing their collars, they are rendered into dishes sold by the participating restaurants and street vendors. The rationale behind torturing the dogs before slaughtering them is that the more adrenaline that is released, the more tender the meat will be.

What makes it unfathomably cruel is the fact that the majority of these dogs are beloved pets stolen by dog thieves across the country.

The festival has garnered immense backlash and criticism internationally, as animal rights activists and organizations have both vigorously exposed the festival to the world and lobbied the Chinese government to shut down the festival.

Recently, news broke that a ban has been placed on the selling of dog meat at Yulin this year. This initiative is said to have been spearheaded by Mr. Mo Gong Ming, secretary to the Yulin government. It is rumoured that those caught violating the ban may be fined up to 100,000 Yuan ($14,500 CDN), or arrested on site. The ban goes into effect on June 14 and will last the entire duration of the festival. With claims that the ban will also be heavily enforced, the news generated many headlines bold enough to say that we have brought an end to this vile festival, with many celebrating this historic accomplishment.

‘The supposed ban remains ‘unofficial’, meaning that the government has yet to release an official statement acknowledging it.’

This news, however, needs to be taken with a grain of salt. The supposed ban remains ‘unofficial’, meaning that the government has yet to release an official statement acknowledging it. While optimistic activists speculate that the government is purposely keeping dog meat vendors in the dark, in hopes to better expose those violating the law, the ban fails to distinguish whom it is in fact targeting. Are only established restaurants banned from selling dog meat? What about small street-vendors or dealers selling live dogs? As with any criminal activity, there will be those who will always evade the law. For instance, what is to stop the vendors from simply moving the festival just outside of city limits? Or mislabelling dog meat as ‘pork’ or another meat? Or starting the festival two weeks early before the ban takes place?

This ban also fails to address the fact that cats are also a very popular dish that is consumed year round in China, including during the festival. Given the established sale of cat meat, many speculate the popularity of cat meat will surge as dog meat sales are suppressed.

The reality is that cats and dogs are being stolen, farmed and killed for their meat by the millions and in countries across the globe. Nearly 25-million dogs are killed worldwide for their meat every single year. Roughly 10-million dogs are killed in China every year, with Vietnam not far behind with approximately 6-million dogs killed. To put this into perspective, it equates to every pet dog in Canada being killed and eaten each year. In fact, the demand for dog meat has become so popular in Vietnam, that dogs are being stolen from neighbouring countries Cambodia and Thailand and smuggled into Vietnam to be killed.

‘This ban also fails to address the fact that cats are also a very popular dish that is consumed year round in China, including during the festival.’

In addition, a variety of other dog meat festivals take place across Asia and have never garnered the same attention as Yulin. For example, the South Korean summer festival, much larger than Yulin and known as “Bok Nal” days, sees anywhere from 10-thousand to 100-thousand dogs barbarically killed. The dog meat trade has become a lucrative industry that subjects millions of stolen and farmed dogs to unfathomable abuse, all in the name of profit. Often sold for prices three times the amount of other dishes, it is commonly consumed by those of wealthier status, or during celebrations and is by no means a staple in every citizen’s diet. There is nothing traditional or cultural about the creation of a booming industry built upon mass suffering.

Times are changing however; with shifting economies, western influence, and pets surging in popularity, many locals now reject the notion of eating dogs and cats. It is largely because of the efforts of local animal activists on the front lines that the world has become aware of this horrific industry, and many Chinese people have spoken out against festivals like Yulin.

‘… the victims of the dog meat trade still need us fighting for them, and now more than ever.’

With all scrutiny aside, the news of a ban is definitely a step in the right direction. With Yulin shrinking in size yearly from international pressure, I truly believe that we will see an end to the Yulin festival in the next few years. I for one will be watching for the enforcement of the ban very closely. At the same time, however, the victims of the dog meat trade still need us fighting for them, and now more than ever. Taking a step back to celebrate hypothetical victory is the last thing activists should be doing right now, as it will only allow this year’s festival to commence with no worry of backlash or exposure from activists who would otherwise put it front and centre.

Yulin is still a drop in the ocean in the fight against Asia’s horrific dog meat trade, but its demise is a stepping-stone in the right direction toward ending the dog meat industry. Of course, it is not only dogs that are worthy of our protection. Every animal suffers equally and, whether it may be a dog, chicken, cow or pig, they all have a desire to live and all equally deserve our compassion.

To learn more about what you can do to fight the dog meat trade and about the organizations on the front lines, please check out the following links:

Brittany Semeniuk is a veterinary nurse who specializes in exotic animal medicine. She has extensive experience providing medical care to animals in remote Canadian communities as well as poverty stricken countries like Madagascar. She lived in Vietnam where she worked with rehabilitated moon bears while also on the front lines fighting the dog meat trade. She currently resides in Winnipeg, Manitoba where she advocates for the improved welfare of farm animals. 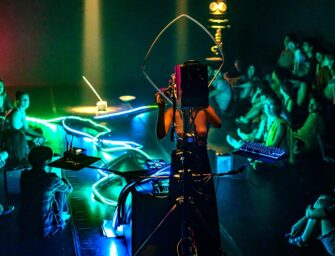