The battle for truth:
numbers that tell all

Matthew Harrington presents the 2018 Trust Barometer at the CORIM

At a recent CORIM luncheon, Matthew Harrington, COO of Edelman, revealed the “2018 Trust Barometer”, a poll that indicates the level of trust people maintain towards institutions, namely NGOs, media, governments and businesses.

The information is relevant as an increasing number of people worry about the impact fake news and hateful messages have on social cohesion and the polarization of ideas. It was reassuring to learn that the level of trust towards traditional institutions started to increase but it is nonetheless disturbing to notice the low level at which it remain.

The results in numbers

A sample of 33,000 respondents from 28 countries participated in the 18th edition of the poll. The sample was divided between the general population and the informed public, which represents 15% of the total sample.

… an increasing number of people worry about the impact fake news and hateful messages have on social cohesion and the polarization of ideas.

A stunning result is that the level of trust towards American institutions has crashed to 43 (45) points while China reaches a very high level of 74 (83) points. For its part, Canada rates 49 (62) points. The level of trust has increased very slightly worldwide and governments fare the worst with an average lingering at 48 (59).

‘A stunning result is that the level of trust towards American institutions.’

Similarly, the poll reveals a low but slightly increased level of trust towards CEOs of large companies. The perception that CEOs seek profit first and foremost persists. The big winners are clearly the technical and academic experts.

Mr. Harrington underlines that companies can only gain by good behaviour, as the impact of good social leadership on their bottom line is either null or positive but rarely negative.

For most respondents, the disinformation and the use of the information as weapons are perceived as a major concern. It may explain the renewed credibility gained by professional journalists. The ascent of the traditional media is lesser because the population remains concerned that these institutions will defend an ideology rather than the truth and that they are striving more to increase their audience than to secure the quality of the information.

Beyond numbers, solutions are emerging to answer the anxiety of populations confronted by the impact of fake news, alternative facts and hateful messages that become viral. To restore confidence in current institutions and raise the public debate, three embryonic approaches are on the table of some think tanks.

The first is a profound change. It implies modifying a business model that relies on the viral attribute of information to be profitable to formulate a model where profitability will depend on the quality of the information rather than on blind referencing.

‘To restore confidence in current institutions and raise the public debate, three embryonic approaches are on the table of some think tanks.’

The second solution is the review of information by impartial journalists. It is an approach inspired by academic journals, where peers are asked to validate a paper prior to publication. The last approach aims at securing transparent algorithms so to spot and eliminate any form of manipulation.

Other solutions aim at replacing current institutions at the core of the democratic fatigue, which render illiberal and authoritarian regimes attractive. These solutions would use technology, notably Blockchain, to develop new institutions (democratic representation, elections…) capable of mitigating the greed of the elite and the influence of interest groups, while improving popular representation.

A process could: 1) supply a platform where the public would express its will; 2) authorize officers to channel the will of the people in a non partisan policy; 3) submit the policy for public approval and finally, have it implanted by a government, managed by experts.

New institutions will be necessary to repair the democratic damage caused by a misuse of information. It is essential that all recognize the same reality to establish a social cohesion. Otherwise, continued polarization will render politics very difficult to manage, specially at a time when countries become more and more cosmopolitan with various cultures asserting their own specificities.

This piece expresses my opinion from attending Mr. Harrington’s conference and from a review of the economic and financial press. March 31, 2018. – JLB

Fellow of the Canadian Securities Institute (FCSI), Jean-Luc Burlone has an excellent knowledge of financial product management and holds a Master’s degree in economics from the Université de Montréal with a dual specialization in development economics and International economy – finance and trade. 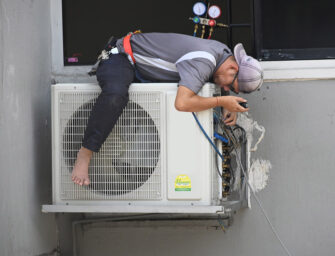