Back in August 2015, in my second article for WestmountMag (now closing in on 500), I reviewed the Cirque de Soleil spin-off Cavalia Odysseo which featured 70 horses, all-male, under the world’s largest tent (2000 capacity). Pretty spectacular. Each equine was rewarded with a bale of hay after the show.

Now continuing at the Segal Centre (306 seats) is the more intimate SuperDogs: The Musical, which has 23 dogs, both male and female, who are rewarded on stage with bits of kibble. This “stunt dog agility spectacle” features dogs of different breeds, some large, some small, as they catch Frisbees, jump barriers, zip through tunnels, circle about and even ring bells.

While different productions of SuperDogs have been seen by millions over the past 40 years since created by Leonard Chase, this is the world premiere of a blend of it with a musical theatre plot written by Mr. Chase and John Halpin. Ably directed by Sara Rodriquez, there are several human actors besides four dog trainers – Amy White, Alexandra Côté, Caitlynn Dick and Jennifer Fraser. A limber teenager Chloe (Zoe Brown) seeks to have her terrier, Bear (Spade or Squat on alternate nights) accepted as a SuperDog. To do that, she has to convince two organizers, Dante (Dakota Jamal Wellman) and boss (Stewart Adam McKensey) while two humans (Trevor Barrette and Amber Jonas) dressed as dogs (shades of the musical Cats) run around singing.

An on-stage band of five – piano, violin, guitar, bass and drums– adds to the richness of the piece as they strum arrangements by John Halpin and Chris Barillaro.

One minor quibble – to my ear, much of the music of the various songs sounded similar to each other.

This brought to my mind the many dog stars of comic strips. Just offhand, I recall comic strip major characters like Walt Disney’s Goofy and Pluto, Peanut’s Snoopy, Marmaduke’s Marmaduke, Pooch Café’s Poncho and Get Fuzzy’s Satchel plus supporting characters like Daisy in Blondie, Farley in For Better or Worse and Officer Pupp in Krazy Kat.

Readers are encouraged to add others of their favourite comic strip dogs that they may recall.

SuperDogs: The Musical continues at the Segal Centre until December 19.

Take a walk to
Westmount’s wild side

Real Estate Talk:
With or without warranty

Striking visuals for
the 40th edition of FIFA

COVID-19 is alive and well:
Don’t let your guard down 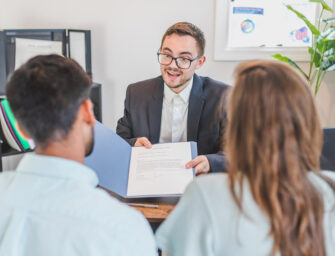 Westmount places:
The mystery of the missing fountain

Westmount Magazine
looks back at 2021

The assault on the U.S. Capitol
on the Feast of the Epiphany

The Venice House
a sanctuary in the city

Christmas at the
emergency room /2

Reflections on the
2021 holiday season

A guide to finding
a reliable locksmith

Events that I really
missed attending in 2021

Candlelight Christmas and
Pipeline cap off 2021

Christmas at the
emergency room / 1

The residence and gallery of
the artist Rio in Saint-Sulpice

Jordi Savall in concert at
the Festival de Lanaudière

Presenting some wonder dogs
of the silver screen

This year consider
the gift of reading

The MMFA introduces
its exhibitions for 2022

Which side are you on
Mr. Guilbeault?

Westmount places:
A moment in time